As the virus continues its worldwide migration, each day brings news of another friend becoming ill. The poignancy of our interconnectedness has perhaps never been so palpable. We live in each other. May our healing prayers reach one another across land and sea. May our hearts fly to each other over hill and dale. May this ordeal only deepen our solidarity and our determination to pour our breath into the breeze of compassion that blows through everything.

In Arabic, the word for loving-kindness is ‘inaya. A few years ago, we transitioned from the name The Sufi Order to The Inayati Order. In doing so, we honored our founder Hazrat Inayat Khan and affirmed the ideal of loving-kindness as our core aspiration. At the time, we made it clear that we intended to be known equally as the Inayatiyya, and that we would eventually move entirely to that name.

Discussions in recent days between the International Board, the boards of various countries, the Message Council, the Astana, and myself have culminated in the agreement that now is the time to conclusively take up the name the Inayatiyya. In doing so, we are reaffirming Murshid’s original vision, which envisions the Order (also known as the Esoteric School) as one of several Activities collectively united within a single Movement dedicated to the service of God and humanity through work of various kinds. Our work contains an initiatic order (or tariqa), but contains other modes of participation and service as well.

Murshid seeded seven Activities. Five remained active through the twentieth century: the Esoteric School (i.e., the Order), Kinship, Universal Worship, Healing, and Ziraat. The sixth, The Knighthood of Purity, was revived and given full form in 2010. As we now adopt the name the Inayatiyya, there is timeliness in at last recognizing the proto-Activity Music as the seventh and final Activity of our Movement.

Murshid’s murshid blessed him saying, “Fare forth into the world, my child, and harmonize the East and the West with the harmony of your music. Spread the wisdom of Sufism abroad, for to this end art thou gifted by Allah, the most merciful and compassionate.” As his work advanced in Europe, Murshid appointed “Musical Representatives.” Following his father, Pir Vilayat gave great attention to music as a spiritual art. Today there are many capable and inspiring musicians among us. An effort is underway to revive the songs of the Gayanshala and the hymns of Shaikh-ul-Mashaik Maheboob Khan. There is an opportunity to intentionally sustain and transmit our canon of sacred songs and to infuse elevated music into all of our gatherings.

It gives me great pleasure, now, to introduce to you the pioneer Vice Presidents of Music in the Inayatiyya, for North America and Europe respectively: Tarana Sara Jobin and Ophiel van Leer. Please join me in giving a hearty welcome to these inspiring musical trailblazers as they enter their new roles. Tarana and Ophiel are working closely with the Inayati Musicians Guild, and all musicians in our Movement are warmly encouraged to join this collaborative fellowship. The Guild meets regularly at the Astana and online for practice sessions, or meshk.

Dear friends, in this strange time in which we find ourselves, I hope you are well. I send out prayers toward you every day. I feel your prayers, in turn, and I am grateful for them. 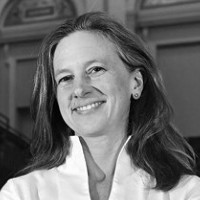 Tarana Jobin has always loved music. She has been blessed with a number of extraordinary experiences as a conductor, including a historical moment as the first woman to conduct on the mainstage at San Francisco Opera in 2004; attending the Grammys as a nominee in 2010; and bringing new American opera to Alaska, Avignon, Szeged, and Shanghai. Sacred music is a particular calling; experiences with the Brahms Deutsches Requiem and Bach B minor Mass have been particularly memorable so far. But Murshid’s spiritual teachings through music draw her like nothing previously encountered, inviting consideration of the bigger musical picture of life. She first encountered Sufism at the Abode in 2010, graduated from the Suluk Gulzar class in 2015, and moved to Richmond in 2018 to serve as Music Director at the Astana, which is a quarter-time staff position, while continuing to accept engagements elsewhere. 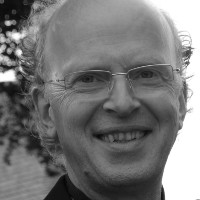 Ophiel van Leer grew up in a family in Holland wherein music was part of everyday life. Through his mother he came in contact with Universal Sufism at a very young age. He was trained in flute playing by his father and in improvising by his brother. At age 18, Pir Vilayat Inayat Khan invited him to lead the choir at the Zenith Institute Alps Camp, which he continues up to the present day. This at the time also gave the impulse for his musical studies in Utrecht in conducting and school music. Ophiel assisted Pir Vilayat for many years in his long cherished wish to study, conduct and sing Bach’s b-minor mass. This led to numerous concerts-for-peace in several European cities up to the holy land. During his workshops and seminars, Ophiel always aims to bridge music and meditation. He lives with his wife near Wiesbaden, Germany, where he teaches music and conducts several choirs.

As we “self-isolate,” we are adding new ways to connect and explore Inayati Sufism together. Please see this link for a comprehensive calendar of Inayatiyya Digital Programs, currently from our activities related to Esotericism, Music, Healing, Kinship, and Ziraat. Additional programs and gatherings, as well as Zoom links and other details, will be added as they become known.

Special Note: We expect all programs to be online through the summer, and our hope is to all meet in-person again by this fall, God willing. The Suluk Reunion, scheduled for Friday, June 26th, is still on and will now be online from 11-3 pm EDT. If you are a graduate of Suluk, details will be shared soon. Also, we are postponing Season of the Rose at the Abode until 2021. We will share more program changes over the coming weeks.

If you are receiving this email, you are already on our new Inayatiyya Worldwide Community E-List. If you know of others who would like to join the Inayatiyya, they may sign up for this e-list using this handy form.