Greetings! I’ve just returned from the Easter Retreat in the Rhön Mountains in Germany, where in the Name of the One we commemorated the feast of the archangel Eostre, story of the Exodus, and the fana and baqa of Jesus.

This year our gathering had a bittersweet aspect as we lovingly remembered the spirit of Munir Voss, a long-time Inayati Order leader in Europe who suddenly passed from the world in March. I have been coming to Germany at Easter every year since my father’s passing in 2004, and each year until now Munir has been there, leading the early morning meditations. Munir’s presence was sorely missed this year, as he will be missed in the Alps, in Heidelberg, and in many other places. Nonetheless, Munir’s legacy of service to the Sufi Message lives on among those whom he inspired and trained, and his spirit lives on, and shines, in the inner spheres. May God enfold his soul in love and light.

Our caravan is moving through the world, and from this world into the next. One never knows when the sight of a friend might be one’s last—one’s last, at least, here on Earth. Sometimes one is given the chance to say goodbye, but often one is not. Friends suddenly vanish, and we are left with the inner relation of our soul to theirs. One by one, each of us will disappear. But if we are truly linked, our companionship will continue on the other side.

Murshid said, “Initiation among the Sufis has, for one of its many objects, to find a caravan in the hereafter that journeys to the desired goal. Therefore, by initiation it is meant that a Sufi prepares himself here on earth to be capable of appreciating the spiritual souls, and unites with them in the brotherhood of initiation on the Path, which may keep him connected with the caravan which is continually journeying toward the goal.”

May we be such companions to one another, here and in the hereafter. 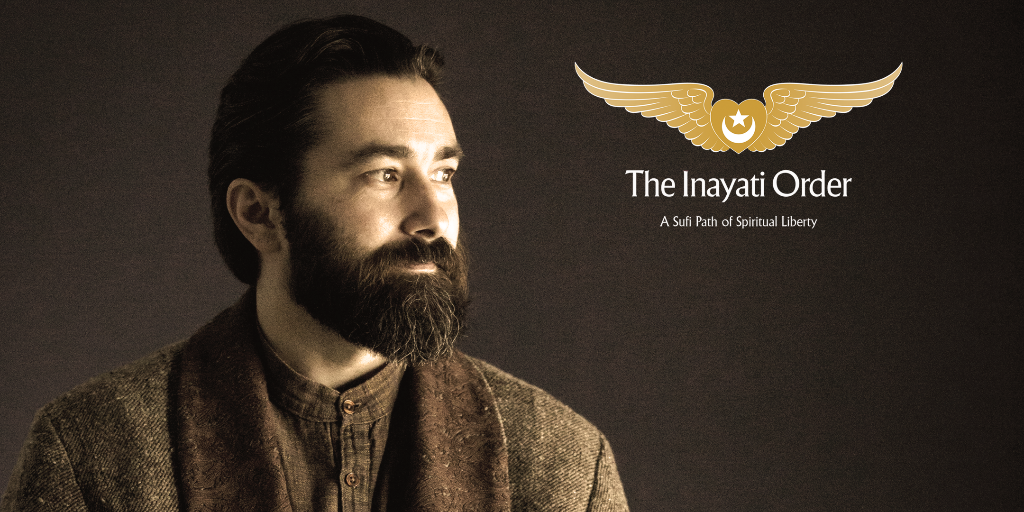 As human beings we have the privilege and responsibility of fashioning not only our lives, but our very selves, in accord with our highest vision of meaning and beauty. The nature that we create in our mind and heart accompanies our soul through life and leaves its signature on the world. Over the course of two days, through the practice of meditation, prayer, spiritual reflection, and sacred sound, we will participate directly in making our own nature. 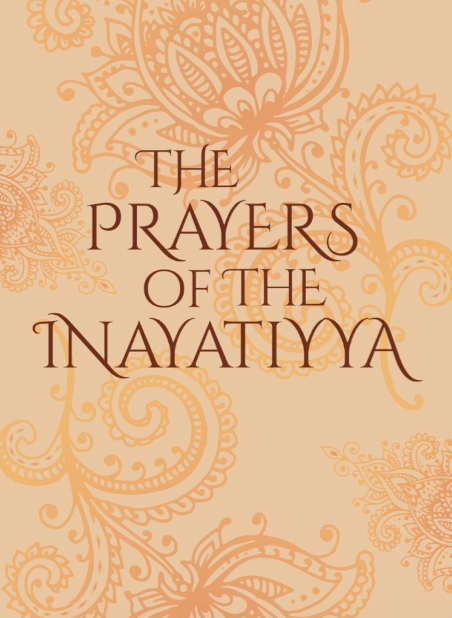 The Prayers of the Inayatiyya

New from the
Inayati Order, April 2018

This small booklet is designed for all those interested in learning and practicing Hazrat Inayat Khan’s series of prayers.

Includes an introduction to the “Prayers and Praying” by Hazrat Inayat Khan, “The Five Dimensions of Prayers” by Pir Zia Inayat-Khan, “Murshid’s Notes on the Prayer Movements,” and illustrations by Netanel Miles-Yépez, based on the original drawings by Saida van Tuyll. 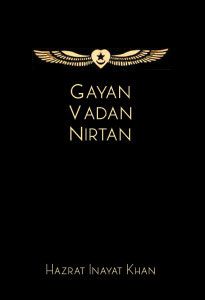 “I feel myself when I am by myself.”

There are two selves, the self and the I.

Physical and social characteristics define the self. It was born on a certain day and will die one day. Meanwhile, it has eyes with which to see.

The I, by contrast, has no name or form. Birth did not create it nor will death destroy it. It is not so much the seer as seeing itself.

As others regard the self, so it regards itself. The I, on the other hand, gains nothing from others’ good opinion and is untouched by their scorn.

In the marketplace of the world, the self rises to the fore. In every encounter, it renegotiates its standing. Meanwhile, the I is dormant.

Only in the silence of solitude does the I emerge. There is, then, no more self or other, only the witnessing of what appears. At last one feels oneself.

The feeling of being oneself at first comes most naturally when one is alone. But the mystic learns in time to be alone in the crowd: to be, not merely a self among selves, but an I among I’s.

See the full commentary on the Inayati Order website, and please check back for updates. 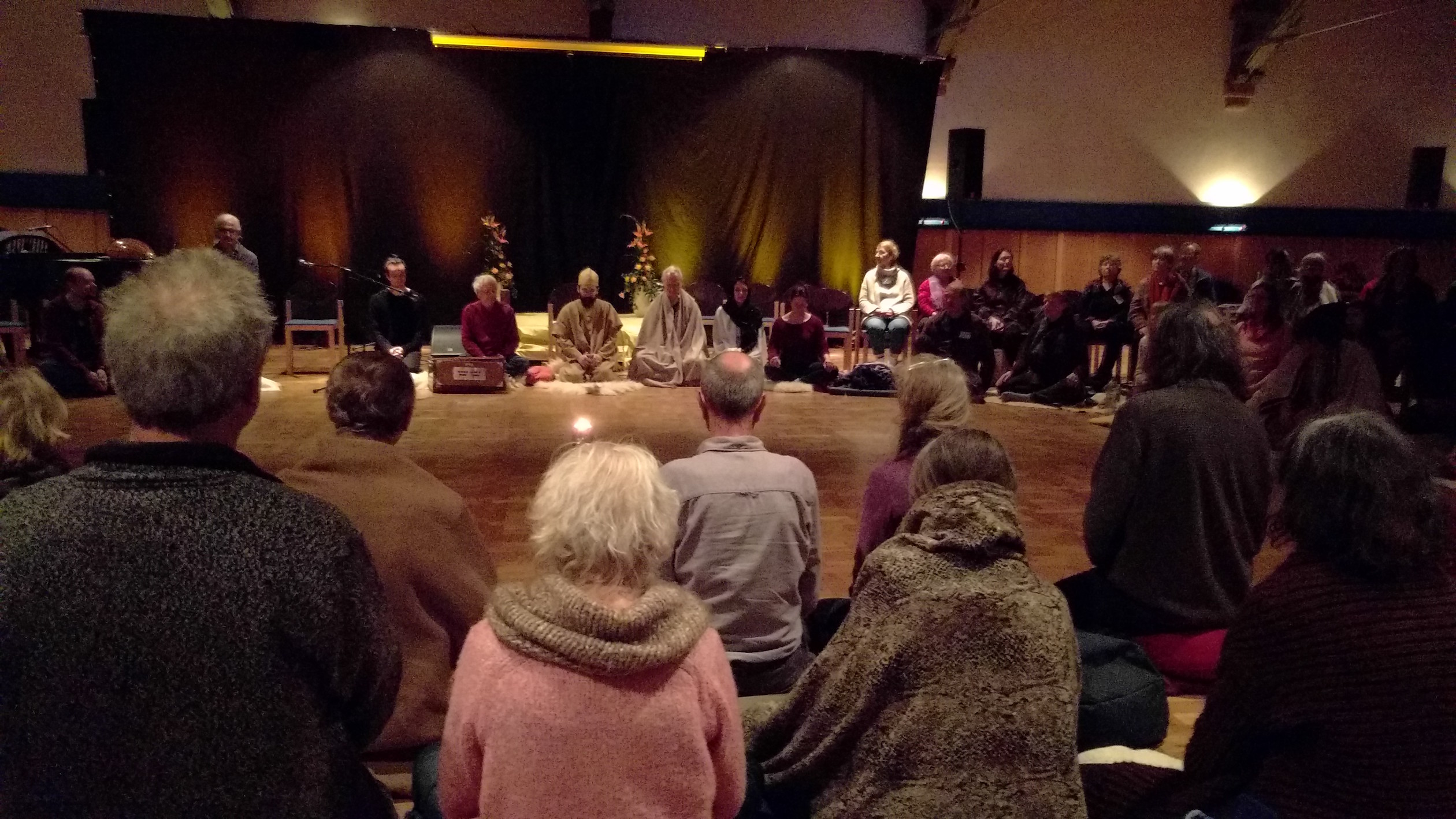 The week of 18-25 March the Astana hosted a series of leadership gatherings, beginning with the World Wide Message Council, followed by the North American Jamiat Khas and Inayati Leadership Spring Training.
Click here to see the full photo album. 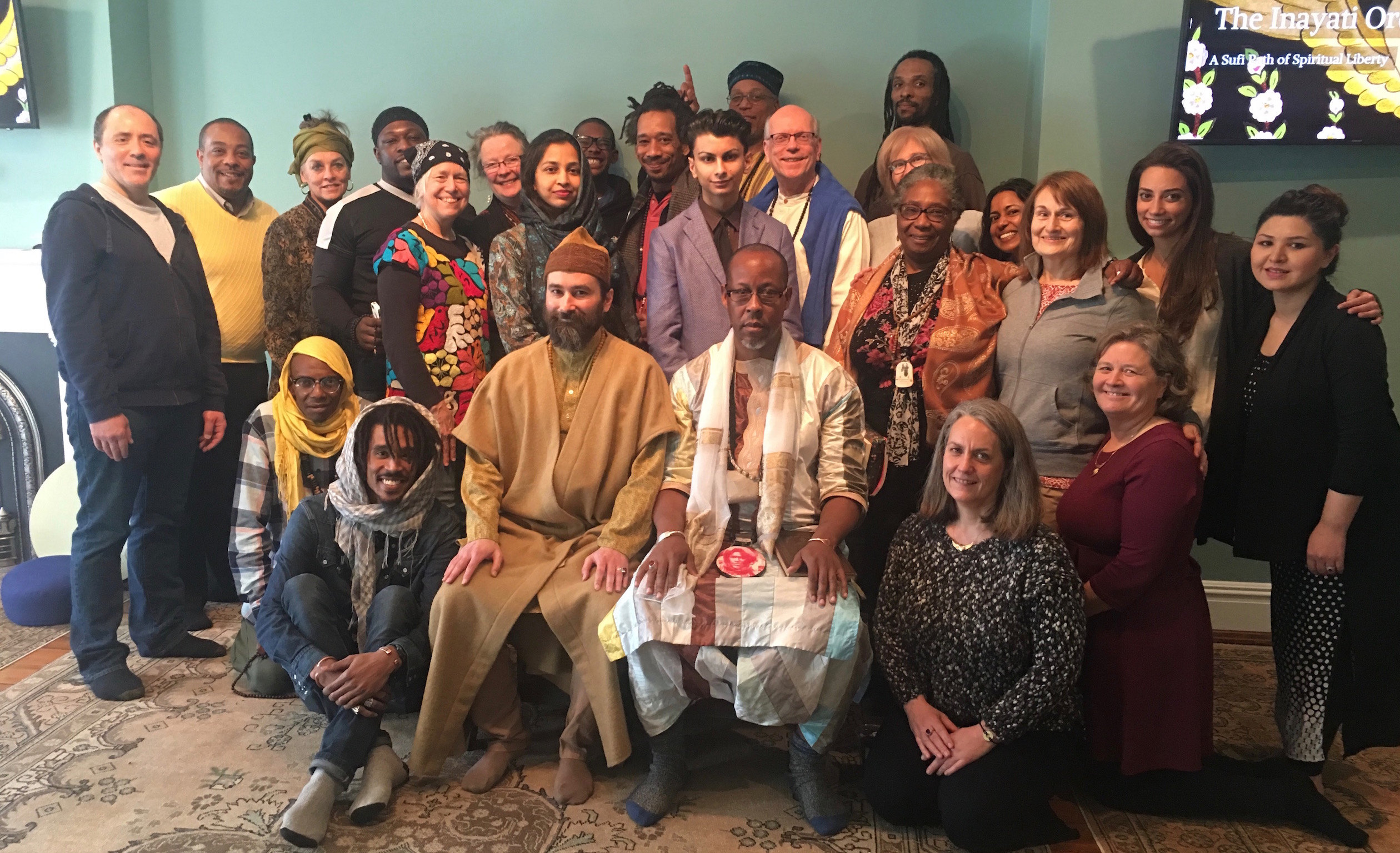 The afternoon of Sunday, 25 March, the Astana hosted a special visitor, Cheikh Sufi of the Mouridiyya Order. See the full photo album here. Cheikh Sufi will now be a special guest at Wisdom of the Prophets: Sufism & Islam. 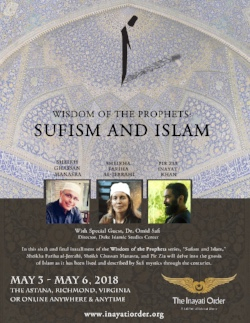 Richmond, Virginia or
Online Anytime from Anywhere
May 3-6, 2018

Please join, us in-person or online, for a weekend of zikr and suhbat with Pir Zia, Sheikha Fariha, Sheikh Ghassan, and special guests Cheikh Sufi and  Dr. Omid Safi. We hope you join us!

Inayati Order Representative, Shaykha Amat-un-Nur of Pakistan, has a new book out, The Doors of Peace, Sufi Pearls of Wisdom.

The 19th Annual Gathering of the Federation of the Sufi Message will be held at Fazal Manzil in Suresnes, France, 30 May to 3 June, 2018. Open to leaders and teachers of the Federation family with advance registration.